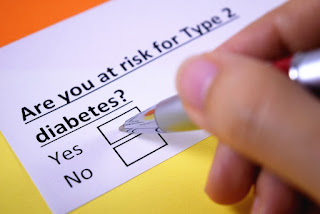 Up to 90 percent of cases of type 2 diabetes can be prevented with healthy lifestyle habits. Here are 5 tips  to avoid becoming part of the diabetes epidemic. Given the serious consequences that arise from insulin resistance and type-2 diabetes, preventing this disease is certainly our best weapon in reducing the damage caused by excess blood sugar. Luckily for us, the preventive potential is tremendous: Adopting a healthy lifestyle can prevent up to 90 percent of cases of type 2 diabetes! To see how we can reduce diabetes risk, let's review some lifestyle factors.

Given that overweight and obesity play important roles in the development of type 2 diabetes, maintaining a normal body weight is an important aspect of any preventive approach. The most spectacular illustration of how weight loss can affect diabetes risk is undoubtedly the effect of bariatric surgery (abdominal size reduction) on unhealthy obese people.

However, it is not necessary or desirable to have this type of surgery to benefit from weight loss: Losing just 5 kg, even over several years, can reduce the risk of diabetes by up to 50%! At a time when being overweight has become the norm and not the exception, type-2 diabetes undoubtedly represents the dangers of being overweight and the need to be on the side as much as possible to prevent the disease.

You can also significantly reduce your risk of diabetes by paying special attention to the amount and especially the type of carbohydrates: the sugar in your diet. There are three main types of carbohydrates.

The 'first is simple sugars' as in fruit, dairy products, maple syrup or honey' and sugars added to various products sold in grocery stores. When product labels use terms like sucrose, dextrose, fructose-fortified corn syrup, fructose-glucose, malt syrup, etc., it can only mean one thing: sugar has been added!

'The second major form of sugar is starch. It is made by combining a number of sugar molecules. Starch is found in potatoes, cereals, and certain legumes and vegetables. Generally, the sugar present in food in the form of starch is digested more slowly than simple sugars. In contrast, all starches are not digested at the same rate: For example, potato starch has a structure that breaks down into sugar very quickly whereas legume starch is much more resistant.

'The third major form is dietary plant fiber, found only in plant products such as vegetables, fruits and whole grains. This fiber is so complex that our stomach cannot digest it and only the bacteria present in our intestines can extract a small amount of its sugar content.

The main difference between the various types of carbohydrates is how quickly they are absorbed by the intestines and transported to the bloodstream. In the case of simple sugars, their rapid assimilation forces the pancreas to react by releasing large amounts of insulin. In contrast, in the case of dietary plant fiber or complex starch, the intestines break down these sugars much more slowly, causing the sugar to gradually appear in the blood and produce less insulin. To differentiate the effect of carbohydrates on blood glucose, we used the concepts of glycemic index and glycemic load.

Ingesting foods with a high glycemic load, such as corn flakes, quickly raises blood glucose levels, which is accompanied by a large secretion of insulin which tries to absorb all the sugar. However, it is possible that the amount of insulin produced by the pancreas in response to these sugar levels is too large, which can result in excessive glucose uptake, and paradoxically, a hypoglycemic state a few hours after eating. This is not the desired result because a deficiency of glucose in the blood greatly stimulates the centers involved in appetite control, causing the desire for more food to raise glucose levels. If repeated excessively, these fluctuations will not only damage the pancreas but also increase obesity. In fact, insulin helps convert sugar into fat, as well as store it in the adipose tissue.

The type of dietary fat can also have a big influence on the development of type 2 diabetes. Certain saturated fats, for example, increase inflammation, indirectly causing insulin resistance. In contrast, oleic acid, the main fat in olive oil, has anti-inflammatory action thereby reducing the risk of insulin resistance. It is noteworthy that omega-3 fats can increase the insulin response in our organs. For heart disease prevention, using olive oil as the main fat combined with a sustainable intake of omega-3s is a key element in diabetes prevention.

Apart from its central role in preventing cardiovascular disease, regular physical exercise is essential for the prevention of type 2 diabetes. Muscle is the main organ involved in glucose absorption in response to insulin. Therefore regular physical exercise, by maintaining optimal muscle function, increases our sensitivity to insulin, thereby ensuring stable blood glucose levels. A study of pre-diabetics who experienced, among other things, fasting hyperglycemia (more than 1.1 g glucose per liter) and high blood pressure, showed that regular exercise (150 minutes a week) for three years reduced glycemia significantly more than if they have taken a frequently used molecule (metformin) to lower blood glucose levels.

Regular exercise not only reduces glycemia but also increases blood pressure, a very positive effect for heart disease prevention and not seen with treatment with hypoglycemic drugs. In other words, while molecules like metformin are important allies in the fight against disorders responsible for diseases like type-2 diabetes, we should not underestimate the tremendous effects of lifestyle changes such as physical exercise on a number of processes caused by this disease.

5. Season your food with herbs

Although they may seem amazing, certain spices can play an important role in the prevention of type 2 diabetes. The most obvious is cinnamon, an aromatic substance that improves glucose tolerance and has the ability to interfere with the production of glycation products that damage the lining of blood vessels. This property appears to be widespread in the plant kingdom because spices and seasonings such as Jamaican allspice, black pepper, thyme, and many other herbs can also block glycation reactions. Turmeric also appears to reduce blood glucose levels, which is why it is used in traditional Indian medicine (Ayurveda). Apart from that, turmeric's potent anti-inflammatory activity is an excellent preventive weapon for reducing the damage caused by excess sugar in the cardiovascular system. 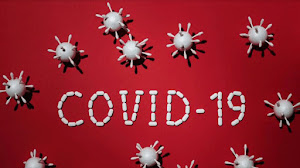 5 Types of Spices That Can Prevent Corona Virus For You

In this urgent time, we need 5 types of spices that can pre…

The lungs provide the body with life-giving oxygen at all…

There’s some natural alternative treatments for cancer. All…

5 Eating Tips for a Healthy Heart

Taking care of your heart by eating healthy is not th…

Natural remedies to cure asthma is one of the alternative…

5 Tips For Maintaining Intestinal Health And Improving Digestion While Traveling

Traveling is a big part of my life and job, so after trav…

Whole grains, such as those found in whole-grain breads and…
Powered by Blogger